This fish & pets store dives in to help humans 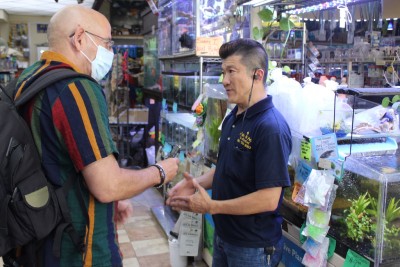 When Winter Storm Uri descended on Houston in mid-February, causing massive blackouts and freezing water pipes throughout the state, Patrick Hoang decided to spring into action.

Hoang, who with his wife, Stacie, own and operate Fish-N-Pets Unlimited at 11710 Bissonnet, saw an opportunity to give back to the community. His store stayed open in the days after the storm to offer free water to anyone who could stop in to pick it up.

“Lucky enough we had built two filter systems outside for my fish and my animals,” Hoang said. “It’s very effective and very clean. I told myself, this is our opportunity to let everybody know that the store is open so they can come anytime during open hours and take as much as they can.”

All told, about 540 people came in for water and more than 7,500 gallons were given away. The feat didn’t go unnoticed by Houston Mayor Sylvester Turner, who proclaimed April 27, 2021 as Patrick Hoang Day.

“In appreciation of his dedication and loyal service to the community, the City of Houston commends Patrick Hoang for his great compassion and kindness to so many people and worthwhile endeavors over the years as a true man of service,” the proclamation reads.

Hoang, a native of Saigon, Vietnam, arrived in Houston with his father and younger brother in 1984. While a student at Sharpstown High School, he began working for a family-owned pet shop, where he eventually became manager.

During a social outing while in high school, Hoang met his childhood sweetheart, Stacie, a student in Spring Branch schools. They later married and the couple worked hard to save and eventually open Fish-N-Pets in 1992. 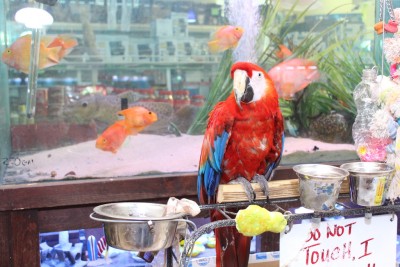 “I’ve always been an outdoors person and into animals,” Patrick Hoang said. “There’s so much opportunity in this country and we’re able to get animals from all over the world. Every week the selection changes, but right now there’s a shortage because of the pandemic.”

The Hoang family has extended a helping hand to the community for years. During Hurricanes Ike, Katrina and Harvey, Patrick Hoang and volunteers rescued residents from flooded homes using his Chesapeake boat.

And each winter, the couple helps deliver 800 to 1,000 sleeping bags to the homeless.

“My wife and I created a small group called Sleeping Bag Angels, where we collect and buy sleeping bags,” he said. “When the weather falls to extreme cold, we contact our followers on Facebook who come pick them up and deliver them to the homeless in their neighborhoods to help get them through that cold night.”

The donations are a way of saying thank you to the community that has given the family so much, Stacie Hoang said.