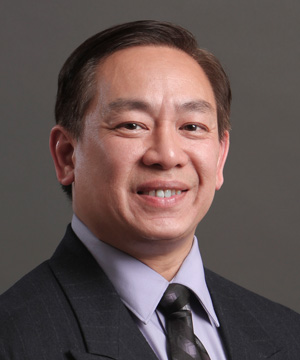 “I hope that we will have a community where people will come and plant their roots and raise their families because of good schools, good business, and good employment. As they say in the movie, ‘Field of Dreams,’ if you build it, they will come. And if we build a good community, people will come.”

Born in Saigon, Vietnam, he and his family came to the United States during the refugee evacuation of South Vietnam’s capital city in 1975. His father was a former Major with a Special Forces Unit that fought side-by-side with American soldiers during the Vietnam War.

Nguyen grew up in the United States and earned a bachelor’s degree in psychology from Capital University in Ohio, then a master’s degree in Oriental medicine from Texas College of TCM in Austin. While living in Ohio, he briefly taught middle and high school and worked as a health care worker. Now living in Houston with his wife and two children, Nguyen, as an inspector for the City’s solid waste department, tried his hand at local politics in 2013 when he took on incumbent Councilman Al Hoang for the District F seat and won by a narrow margin of 200 votes.

“I’d like to send out thanks (to the people of District F) for helping me get into the office. I keep thinking the voters believed in me to do the right thing, so I owe a real big thank you for listening to my message and putting me in office to serve them and be their voice in City Hall.” Nguyen, who had almost no financial support during the campaign, told The Houston Chronicle that he wore out two pairs of shoes just walking the District. 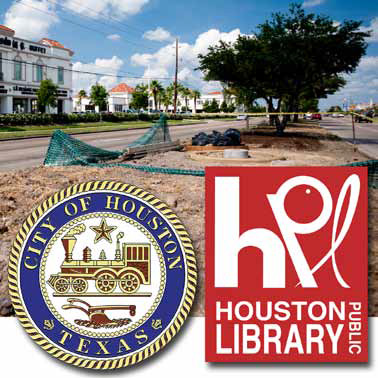 “From what I gathered when I was campaigning, we have a very old library that needs rebuilding or renovation,” he said of the 19,000-squarefoot Henington-Alief Regional Library on South Kirkwood. “It’s one of the most frequently visited libraries in the city.” Sandra Fernandez, spokesperson for the Houston Public Library said this branch had more than 250,000 visitors in Fiscal Year 2013, second only to the Central Library downtown. With more than 400,000 items checked out, it ranks fourth in the city for circulation.

“We need more room. The library is used for reading and learning, but we also use it for meet

In addition to expanding the library, Nguyen said he’d like to see road construction along the District’s two main east-west thoroughfares, Bellaire Boulevard and Beechnut Street, sped up a little. “It’s very inconvenient to the people of the District,” he said.ings and voting,” he said. “The library has become too small to accommodate all of its visitors.” The library is already up-to-speed with new technology and Wi-Fi, but the newest addition has been a passport office, which Nguyen said is important in a District with such a diverse population. “A lot of people come and use the passport office to process their paperwork. It’s very, very convenient,” he added.

“We travel those two streets all the time. It seems like, coming or going, we’re always stuck in traffic. Progress is good; however, we’ve had construction for so long. If you want to get to work on time, but you have to avoid traffic, all the equipment, and construction workers in the road, there is an impact on safety.”

Until he has adequate time to address these issues with the Public Works Department, Nguyen said he would strongly advise drivers in the District to slow down, look around, and stop trying to text while driving.

Nguyen said he already has a good relationship with the International District. “My goal is to help them speed up their projects, including beautification,” he said. “They had some trees that were taken down during construction, and we’re working with them to replace those trees.” He added that he likes what the IMD has done with signage to brand the area, and this may help it become a draw for visitors in 2017 when Houston hosts the Super Bowl again.