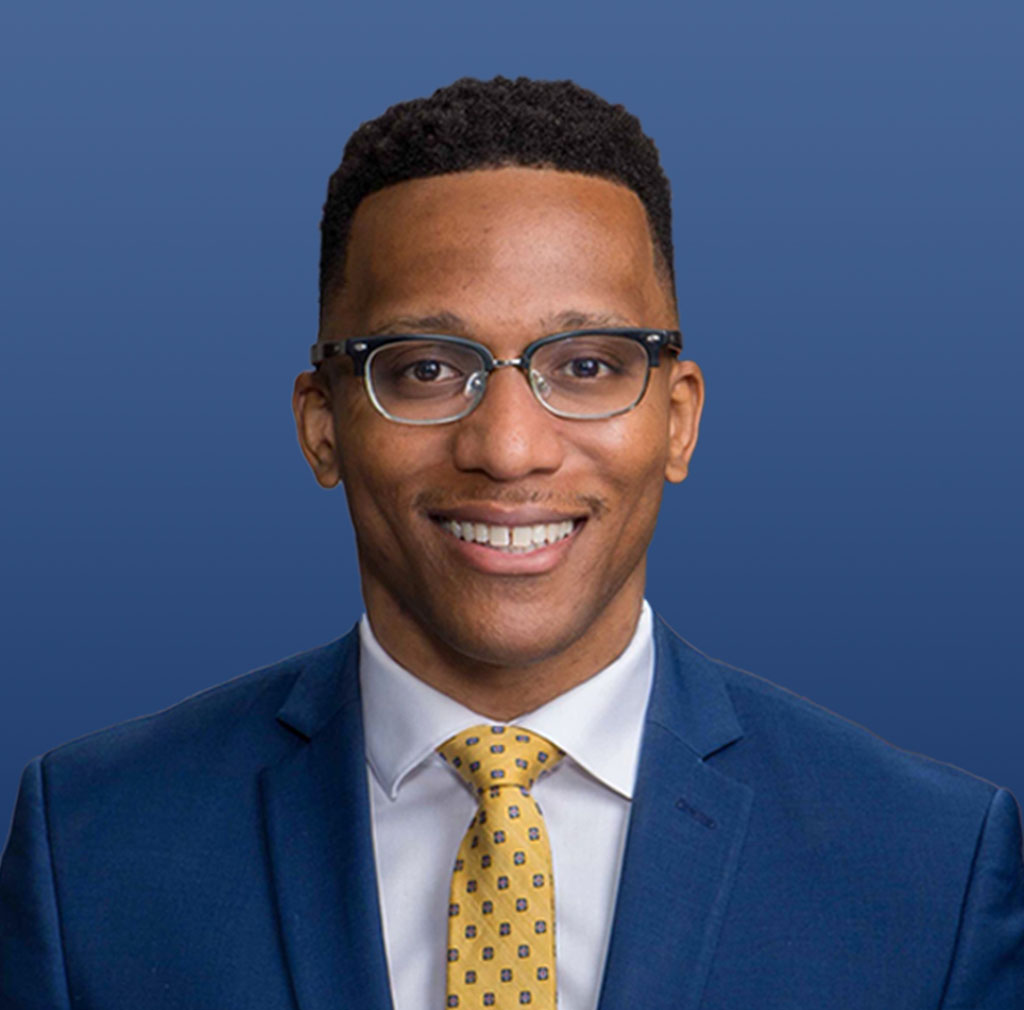 Christian Dashaun Menefee is the youngest elected Harris County attorney and the first African-American in the position. He has lived in Houston since early childhood and attended K-12 in the Klein and Alief independent school districts.

Menefee, 32, attended the University of Texas at San Antonio, receiving a bachelor’s degree in business administration. He was elected vice president of the student government association and was recognized as the Omega Psi Phi Fraternity Inc. International Graduate of the Year.

After graduating from Washington University School of Law in St. Louis and interning at the Harris County Public Defender’s Office, Menefee began his legal career at the Fulbright & Jaworski (now Norton Rose Fulbright) law firm. He also provided free legal services to the NAACP Legal Defense Fund, advised immigrants and their families and worked with Texas Appleseed to expand alternatives to involuntary commitment for people with mental illness. He was elected Harris County attorney in November 2020.

Menefee shared his thoughts with the International Management District community:

Q: You grew up in Alief and went to Hastings High School. What was it like growing up in that part of town, which is served by the International Management District?

A: One thing I loved about the Alief area was the incredible diversity. In the area you have a robust international community. Some of my best friends in the world were born in Asia and Western Africa and came over to America to participate in the American Dream. I really love the diverse reach of Alief. It gave me the opportunity to be exposed to different cultures, and it’s the same cultures that make Houston and Harris County such a great place to live.

Q: The number of Blacks elected to non-judicial countywide offices in Harris County can be counted on one hand. Do you have any reflections on that as we have just celebrated Black History Month?

A: In my position, I’m both the youngest and first African American elected to serve as Harris County attorney in the 180-year history of the county. The thing that I take from that that’s most valuable is one, we’re ushering in a new generation of leadership that tends to be more reflective of the diverse community that we live in. We’re bringing a dynamic, new perspective to leadership. Also, what’s important to me about it is working hard and doing a good job so that some student at Alief who may be the first person in their family to aspire to go to college and to do big things, to give them the confidence that they can do it as well. Our leadership in Houston and Harris County is becoming increasingly diverse and my goal is to do the very best job that I can to inspire the next generation.

Q: What are your goals and priorities as county attorney?

A: We’ve focused very heavily on environmental justice, which is the idea that your zip code shouldn’t determine whether your air is clean or your water is pure. We’ve focused heavily on working through environmental enforcement actions and permits to ensure that if facilities are going to be put in any neighborhood that emit harmful chemicals, it’s got to be done in a way that keeps the community in mind and protects the community’s health. We’ve also focused very heavily on protecting children. Our office represents CPS (Children’s Protective Services) in cases of abuse and neglect. It’s very important work that we do because a misstep can mean very serious consequences for a child. But doing a good thing could also put a child on a trajectory to have a completely different life, so it’s work that we also take very seriously. Also, advocating for Harris County residents through local control, which is basically the idea that the state shouldn’t be able to run every single thing about our lives and many decisions should be made here locally. For example, after Winter Storm Uri and the power debacle that resulted in millions across the state of Texas without water and electricity – some for up to 55 hours straight – my office launched an investigation into what went wrong, who made which decisions, because even though the state has investigations going, it’s important that the Harris County elected officials are doing what they can to protect Harris County residents.

Q: How do you explain the responsibilities of the job for people who know nothing about it?

A: The county attorney, in its simplest sense, is the lawyer for Harris County government. So, if the government gets sued or if county elected officials get sued or county employees get sued, we represent them in those lawsuits. But we also have the legal authority to take civil legal action to protect the interests of the people of Harris County. One example of that is the environmental issues that I talked about earlier, representing CPS cases, and there are countless other examples where we’re able to go in and file lawsuits on behalf of Harris County with the goal being to change some condition for the greater good of Harris County.

Q: How does your office help neighborhoods deal with nuisances and ordinance violations? Are you collaborating with management districts about that? And if so, how?

A: The way that we do it is, there’s legal action the county can take to require businesses to abate nuisances. Many of them are associated with certain types of crimes. To get that done, we work with local law-enforcement to identify the problematic areas and we talk through what the best course of action is to potentially get a business owner to change certain conditions to fix those problems. And that can be all the way from writing cease-and-desist letters, writing demand letters, sending investigators out to the property and have a private conversation with the owner, and in some instances filing a lawsuit and taking legal action. Yes, we collaborate with several management districts, including the International Management District, as the management districts tend to be well-positioned to know about where some of the problematic businesses are.

Q: How would you able to affect quality of life for people in the neighborhood where you grew up?

A: Through a few different ways, some of which I’ve already touched on. One is the environmental point. When I lived out in Alief, I lived within a few miles of a couple of facilities that emitted harmful chemicals, and I know that type of thing still goes on and happens all across the entire county. It’s important to have a watchdog in environmental matters locally, and that’s what this office does. And of course, the nuisance abatement work where we work hand-in-hand with local law enforcement and the local management districts to ensure that if there’s a business that is attracting crime, that we can work with them to get those problems solved so that we can make that area safer.