Barbara Quattro: Planting Seeds of Change in the IMD Community 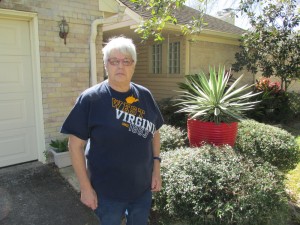 Barbara Quattro is not a stranger to seeing the needs of the International District (IMD) and taking action to make her community a better place. She has volunteered in Alief for the past 40 years, when she moved to Houston after her relocation from Alaska. Having served within the International District since its establishment, Barbara is passionate about leaving IMD better than she found it.

One of the many ways that Barbara has brought life to the IMD is through her tree-planting initiative of the early 2000’s. “When I moved here,” says Barbara, “Westchase was green. But driving down Wilcrest and into Alief, the difference was stark. The esplanades and parks didn’t have trees,” she says. “So I started planting trees through the NeighborWoods Program and with sponsorships. We ended up planting and watering about 5,000 trees over five years.”

This garden and park has become a site for community-wide events, such as the upcoming Fall Fest, organized by the International District. The festival will be held on October 12 from 10AM-1PM, and will have a petting zoo, costume contest, free pumpkins for the first 250 kids, food vendors, and more family-friendly entertainment.

The Alief Super Neighborhood Council, of which Barbara serves as a Chairperson, is a collaboration between civic clubs, religious and other institutions that plan much needed improvements to the area. “We advocate to the city for the needs of our community to be met,” says Barbara. Visiting their website, aliefsuperneighborhood.org, will provide you with more information on projects and goals of the group.

In addition, serving on the board of her neighborhood homeowner’s association has given Barbara an even deeper insight into strategies for maintaining and improving local quality of life. “Homeowners associations always need more people to get involved. It doesn’t pay anything, and it’s a lot of work, but it’s worth it,” says Barbara.

“I highly recommend for anyone interested in getting involved in the community to sign up on the ‘Next Door’ neighborhood app, and check the Alief Super Neighborhood Council Facebook and website for meetings and events” adds Barbara. ‘Next Door’ connects residents through an online forum to discuss problems, solutions, and everyday events that keep neighbors in the loop.

But Barbara has room in her heart for more than a green, clean environment; in 2013 she began work with the all-volunteer agency, K-9 Angels. It was her adopted dog, Puggy, that became her partner in fostering 130 dogs out of the 7,000 the agency has re-homed. “Moderation is not in my DNA,” Barbara laughs. “Puggy brought me a lot of joy, so I thought I could pass along that joy by fostering.”

K-9 Angels is a non-profit, dog adoption agency headquartered in the Heights which finds homes for dogs from all over Houston. As a foster agency rather than a shelter, dogs are not housed at the K-9 Angels facility. Volunteers scour the many pet shelters around the city, searching for dogs of any breed that seem unadoptable, or shelters that are over capacity and need another resource. Once picked up from the shelters, K-9 Angels connects these once hopeless dogs with foster families who will care for them until a permanent, adoptive family is found.

K-9 Angels has found a highly effective way to be on both the proactive and reactive sides of Houston’s struggle with strays and unwanted pets. The non-profit formed an initiative called The Empty Shelter Project (TESP) which proactively offers free spay/neuter, microchipping, and vaccinations at popup events in underserved parts of Harris County every few months.

In August of this year, Barbara was involved with the TESP event at the Alief Community Center, which served 512 animals that community members brought between 6AM-6PM. These services, including the vets who volunteer their time, would normally total about $40,000 for a day, but are being offered completely free.

“We have dogs that take more than a year to be adopted,” says Barbara. “We don’t have nearly enough foster or adoption families.” The people who have chosen to take on the commitment of getting these dogs back on all four feet have gone out of their way to improve these dogs’ quality of life, keep them off the streets, and out of the shelters. “They’ve taken dogs that have paralyzed back legs, and built them wheels,” recalls Barbara. New foster and adoptive dog-parents are always needed.

Barbara has long been a go-to resource for individuals interesting in help improve the International District community. You’re likely to see Barbara out and about, either at a voter registration event in many locations, or beautifying the community through her organized clean-up initiatives across the district.

Barbara is a reminder to all who encounter her that we each have a responsibility to do give more than we take. “I think each of us can, and must do something to help make our world a better place. We need to pay it forward a little bit,” she says. “One person can’t do everything, but everyone can do something to make the neighborhood a better place.”