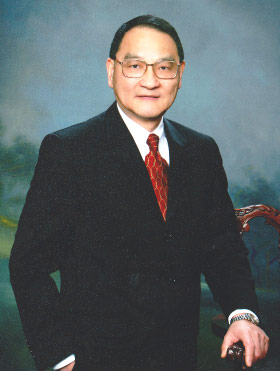 The Chinese Community Center is saddened by the passing of CCC Founder and Board member Mr. Joseph Lee, whose efforts for the Center echoed his passion for Houston’s Asian communities. Losing his battle with cancer, Mr. Lee passed away the morning of Friday, August 3rd, 2012.

The Chinese Community Center was founded in 1979 by Mr. Lee, along with Dr. Yhi-Min Ho and Mr. Char-An Chao, as a Chinese language school to assist new immigrants arriving in America. With Mr. Lee’s support and encouragement, the Center now serves more than 10,000 families a year with educational, cultural, and social service programs.

Mr. Lee passionately promoted the Center’s mission of bridging east and west through his devotion and commitment to the community. Mr. Lee served as the Chinese Community Center’s Board Chair in 1981, and served on the Board of Directors from 1981 to 1986. He continues his service over the years, serving on the Center’s Advisory Council in 1988, and again in 1994 to 2012. As a founder of the organization, Mr. Lee also served on the Center’s Long-Range Planning Committee throughout the years, helping to guide the Center’s mission and vision. Most recently in 2009, Mr. Lee served as the Center’s Gala Co-Chair, celebrating the Center’s 30th anniversary, and honoring Asian Pacific American Educators. As a long-time supporter through CCC’s 33 years, Mr. Lee was an integral part of the Chinese Community Center’s continues success and viability.

Those who knew Mr. Lee remember him as a caring friend, and a person who always carried a humorous conversation. He will also be remembered for his incredibly heartwarming smile. Mr. Lee was survived by his dear wife Christina, two sons, and several grandchildren. With Mr. Lee’s passing, the community has lost a true leader and a dear friend.