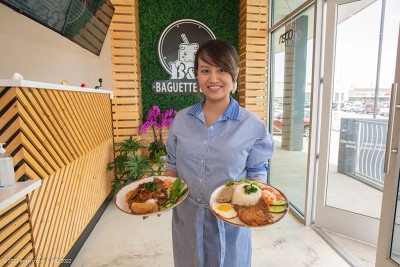 When some Asian food businesses along Chinatown’s Bellaire Boulevard bloom into popular crowd-pleasers, they open a second or third store near downtown Houston, mainly to appeal to new customers.

Examples include Mala Sichuan Bistro and Kamalan Bakery & Cafe, which have expanded to locations on Westheimer Road in the urban Montrose neighborhood.

Sherry Ngo did the opposite. Four years after opening the B&T Cafe on West Alabama Street in Montrose, she opened a new restaurant in March in the Topway shopping center at 11828 Bellaire Blvd. in the International Management District.

In case anyone didn’t know what B&T stood for, Ngo’s new outlet spells it out: Baguette and Tea, a reference to Vietnamese sandwiches made with French bread (banh mi) and the universe of bubble teas and brewed teas.

Why there and why now?

Ngo said friends and customers urged her to spread what she considers her authentic approach to Vietnamese food to a neighborhood where more Vietnamese-Americans live, shop or do business.

“I believe in myself that my food will have the real taste of Vietnamese food,” she said as she stood in the new store. “That’s why I want to bring my food down here, so a lot of people will taste it.”

Ngo came to Houston from Vietnam with her family when she was 14. She attended Alief Hastings High School, near her new business.

But before opening either restaurant in Houston, she returned to Vietnam to hone her cooking talents, she explained.

For example, “I learned how to make ham, how to make paté, everything I make fresh. I don’t order it from other stores. We make it fresh and we make it with love.”

Indeed, her bun bao, a steamed bun filled with a tablespoon or so of barbecued pork and cooked egg bits, is a standout among the items on the restaurant’s extended menu. Some eaters consider it a comforting part of breakfast. 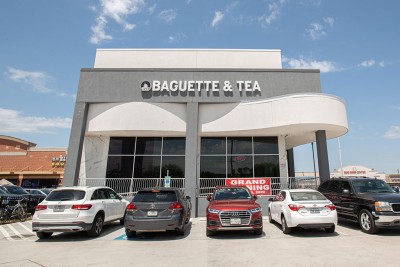 Ngo said even some of her cold, brewed tea items are created on site, for five hours, and flavored with basil seeds and camomile that supposedly help cool any customer’s insides.

The eatery’s spring rolls, wrapped with beef, pork, shrimp or tofu, have a stronger, more enjoyable taste than spring rolls at many other Vietnamese restaurants.

Baguette & Tea’s menu contains more than 50 food items —including noodle and soup entrees familiar to many Houstonians — along with sandwiches and side dishes such as “chicken sticky rice.”

The drink menu spans from sweet bubble teas and sodas to smoothies, brewed teas and juices. Customers are invited to choose sweetening and ice levels for each drink, from “regular,” meaning 100 percent sweetened, to “healthy,” as in no sweetening.

Ngo said she worked at teahouses in Houston while in school to get her initial experience in the food industry. Now her parents work in her Montrose restaurant while she oversees the one in the Alief area.

The order-at-the-counter restaurant is sleek and bright, with windows from the floor almost to the ceiling, providing a view of traffic on the boulevard. Around 1:30 p.m. on a recent day, a modest but steady stream of customers arrived to order at the counter and eat at tables inside.

But Ngo may have a special place in her heart for customers who once came to her inner-city restaurant from their homes in the western suburbs.

“We have some customers from the downtown store who come here, too,” she said. “They are so happy it’s closer.” 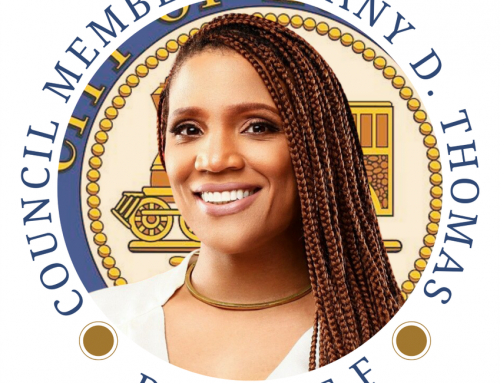