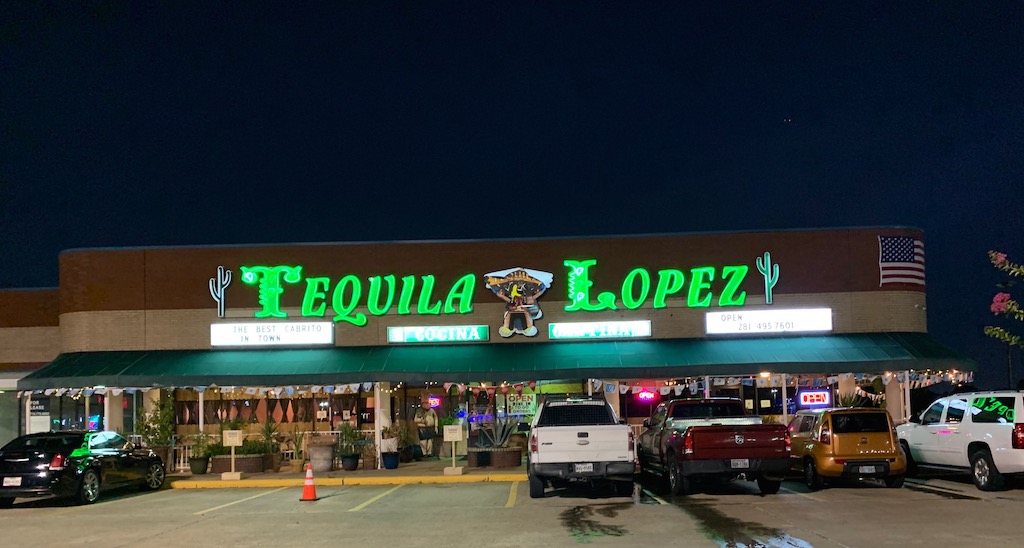 One thing I’ve discovered in decades of eating out — if a restaurant has a specialty, that is what you should order at the restaurant. Yes, there are exceptions to that rule — some barbecue joints sling a mean burger, for example, but in general, you want to stick to what the restaurant itself believes is best. That rule applies overall, and can vary night by night — how many of you have been richly rewarded after asking your server “What’s good tonight?”

Such pontifications are brought to mind by my recent trip to Tequila Lopez, now in its 41st year of business on Highway 6 just north of Beechnut. Reading the reviews on Yelp, I wasn’t expecting much — just an above-average place where the menu was caught between Mexican food — or more accurately what food historian Adan Medrano specifies as Texas Mexican — and the cheddar cheesy and good old fashioned greasy Tex-Mex. The restaurant comes out with an aggregate of 3.5 stars. 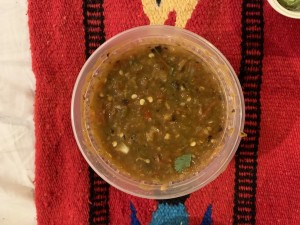 So then I went to the restaurant’s own website and read their “about” section, which reads, in part: “Specializing in cabrito, fajitas and margaritas, Tequila Lopez Mexican Restaurant has been serving authentic Mexican cuisine to the city of Houston since 1979.”

Cabrito? Now we’re talking. I knew exactly what to order.

I thought I’d had cabrito before but I never had. My mistake arises from my entirely incorrect belief that goat meat was goat meat and therefore cabrito was merely birria by another name. It is not — birria comes from mature goats and cabrito strictly from suckling kids. (A diet solely of mother’s milk ensures more tenderness.)

Strictly speaking once a goat starts tearing into plants its meat is no longer cabrito but birria; think veal vs beef, though the definition of veal is not so strict as in the cabrito example.

The dish has a fascinating history: Cabrito’s roots lie in the 16th Century crypto-Jewish cooking of Coahuila state. At the time, Spain was forcing its Jews to convert to Catholicism, leave Spain, or die, and some took a sort of middle path — they left Spain for its colonies and publicly converted but privately hung on to their faith. For these conversos, the greater the distance from Madrid or its colonial capitals, the greater their religious freedom, so many marched north into semi-arid Coahuila, with goats replacing sheep as a staple along the way. Goats fare better under such desert-like conditions, for one thing, and for another, it gave these conversos a layer of protection from the Inquisition. They were no longer eating a paschal lamb but a paschal kid goat.

Cabrito is prepared several different ways but at Tequila Lopez it comes out somewhat resembling bone-in carnitas in tenderness and mouthfeel. Separating the meat from the bones presents a few small challenges but the rewards are worth it — pile it high on corn tortillas with some grilled onions and the restaurants made-to-order salsa de molcajete, a dab, perhaps, of guacamole and enjoy. The meat itself needs no seasoning.

While it is wildly popular in Mexico, it is much more expensive here, which is one reason it’s not on too many Houston menus. La Hidalguense in Spring Branch is perhaps Houston’s most widely renowned cabrito outpost; that Tequila Lopez is not better known comes perhaps from its somewhat generic name and also the fact that you have to dig a little to find its emphasis on this dish. And apparently too few know about this buried treasure — I went back and skimmed the Yelp reviews and not one of them mentioned they had sampled what Tequila Lopez does best. It’s like people reviewing a Houston barbecue house and not mentioning brisket.

Anyway, IMD is lucky to have this delicacy on offer within the district. Go in and let them do what they do best.