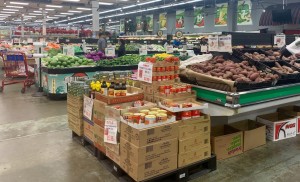 Just as Houston’s Korean-Americans have Super H Mart and its Chinese Americans 99 Ranch and an array of competitors, Houston’s Vietnamese-American community is served by Viet Hoa International Foods, one of the largest Vietnamese-centric supermarkets in North America.

Opened by Vican Sun, a Vietnamese immigrant of Chinese heritage, Viet Hoa has expanded twenty-five-fold, from 4,000 sq.-ft to more than 100,000 since its 1984 opening. Translated from Vietnamese its name means “Vietnam-China,” but it’s the first half of that equation that comes to the fore as you stroll the bustling market.

In the aisles, you’ll find dozens of types of noodles (rice, egg, wheat and other varieties), canned drinks (sparkling and still, caffeinated and non-, commonplace juices and ades and exotic fare like haws apple juice, soursop juice, and bird’s nest drink alike), and a simply dazzling array of sauces — fish and soy, of course, along with spicy, sweet, and savory garlic- and chili-based concoctions of every description. 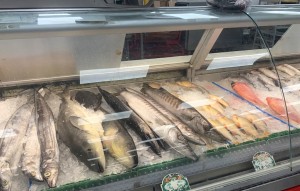 Suffice to say that if your recipe calls for a hard to find Asian sauce, if Viet Hoa doesn’t have it, it’s not in Houston, and that also applies to their produce bins, where you will find both regular bananas and the plumper Thai variety, Shanghai baby bok choy, Chinese and Thai okra, and kombucha squash. There’s whole frozen durian from Malaysia, jackfruit, dragonfruit (the national fruit of Vietnam), and a multitude of mangos and a plentitude of papaya, all at prices that can’t be beat.

The same eyepopping abundance applies to the meat and seafood counter, one that seemingly stretches into infinity when viewed from one end looking toward the other. There is everything you would expect from such a well-stocked store, but also new (to us) items like black chicken, the ebony meat of an Indonesian yardbird whose feathers, skin, meat, and even bones are jet black. Whole barracuda are displayed on ice alongside drum, redfish, trout, and snapper. You can get every size of shrimp and select from any number of shellfish or purchase crawfish by the sack. There are enough live fish and lobsters on display to stock a small-sized municipal aquarium. It’s truly staggering, as is the price on beef tenderloin: $5.99/pound this week. 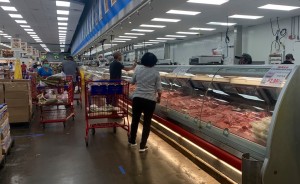 And oh yeah, there’s a cafeteria area with extremely economical hot plates to go, along with prepared delicacies like pork spring rolls and Vietnamese-style chicharrones and desserts.

It’s not all Vietnamese and Chinese at Viet Hoa — there are western groceries as well, not to mention Korean items, Paloma’s renowned Filipino treats, and a good selection of goods catering to the area’s large West African population. All that, plus a cheap floral section and household items.

Houston is a city of surprise — coming upon a store like Viet Hoa in my 50th year on the planet reminds me of those dreams you have where you discover a secret room in a house you’ve lived in for decades, and that sense of wonderment only deepens when you take another cavernous business from the same family: Sun’s Club, a wholesale grocer / retail store akin to Sam’s or Costco with a Far Eastern twist. Memberships cost $15 / yearly or $3 cash per visit and that entitles you to purchase a cornucopia of treats and useful bulk staples for home, restaurant, retail store or office at some of the lowest prices anywhere.